still got nowt to say
Posted by Steve J Makin at 23:14 No comments: 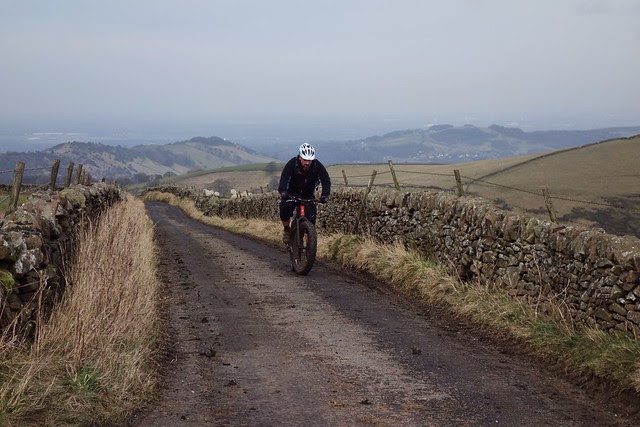 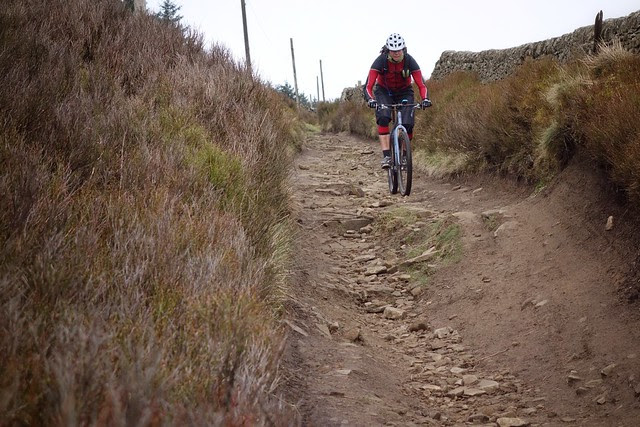 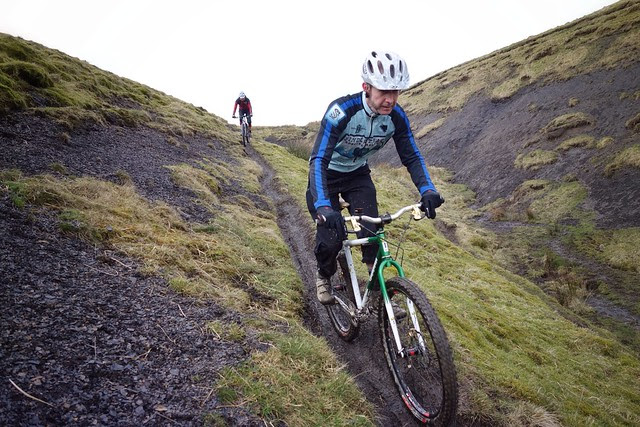 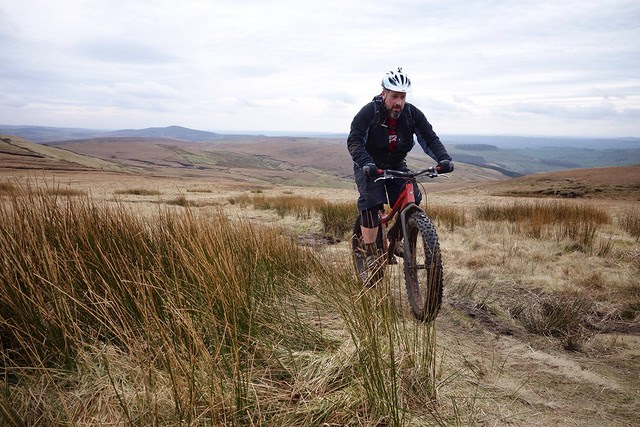 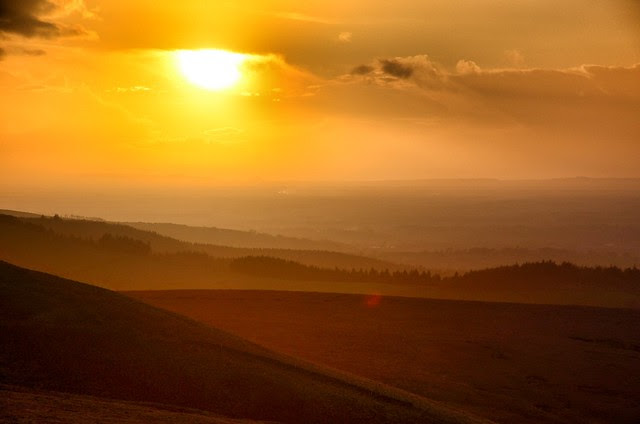 About 15 miles ridden, about 6 hours out in the hills, about 250 photographs taken, of these 250 there are about 45 different actual location shots.

Trails were extra claggy, mud tyres would have been a good idea !

Stopped at Eyam for lunch, struggled to leave the warmth of the cafe, made the most of the dying light, job done.

Bonus was calling in to see Cy and Paul at Cotic HQ.

The shot above was taken whilst driving home, the actual riding shots will be in the April edition of the magazine, its fair to say that I'm quite pleased with some of them.

new Fargo, decided that Jack and I will be doing some 2 and 3 day rides this summer, the Fargo is in my opinion the perfect bike for this as we will be doing mixture rides, thats on road, off road and anything in between rides, he will be on the cream version, I will be riding the new blue version.

55 miles, back lanes and sausage butty, felt tons better today, might have been to do with the bright spring sunshine. 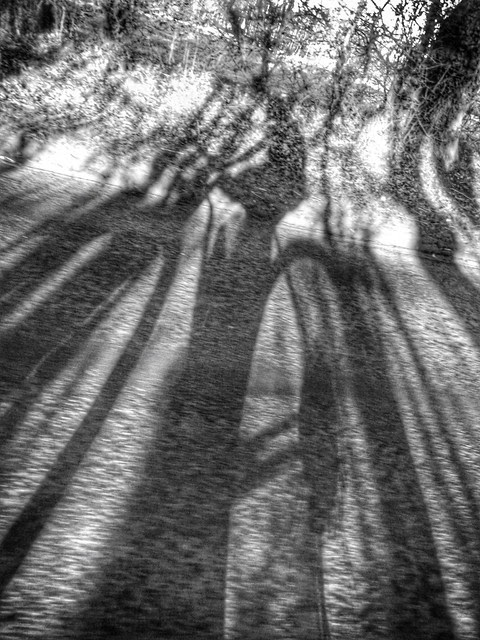 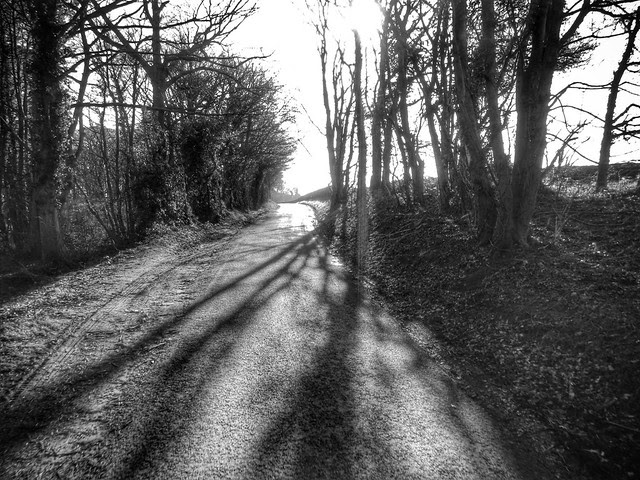 Headed out to Jodrell Bank, 2 reasons, I like the back roads way I can get there, went out via Pickmere, across to Knutsford and then out to Goostrey.

The best reason though is the sausage butty, without doubt the finest sausage butty £3.50 can buy, accompanied by great coffee and a view to inspire. 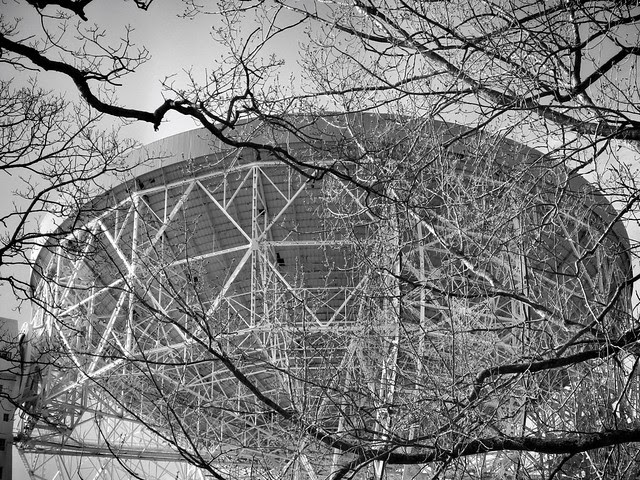 First ride after a few days on Anglesey, walking in the magnificent weather, winds like you'd never believe, unfortunately I picked up an eye infection, probably something blown in by the wind.

So, I set off without breakfast, aiming to get something along the way, no idea where I was going, headed out into the battered lanes of Cheshire, I was glad to be on the Fargo with the state of the roads. Before too long I was out near Knutsford and thought about the cafe at Jodrell Bank, so thats where I headed, a coffee and a Cliff Bar.

Raining and hail on the way home, and of course that ever present headwind, I'm begining to think that its not really there, just my legs are so heavy !, by the time I get to the outskirts of civilisation I'm staving and starting to feel the early stages of bonking so head over to the bike shak to see Simon.

Two gels later and I'm good top go, ten mins of catching up on each others news and I'm away off home, 44 miles, 3200 Garmin calories.
Posted by Steve J Makin at 17:22 No comments: 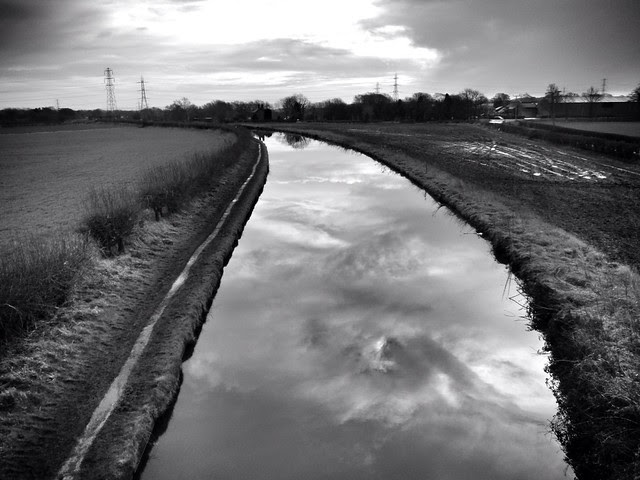 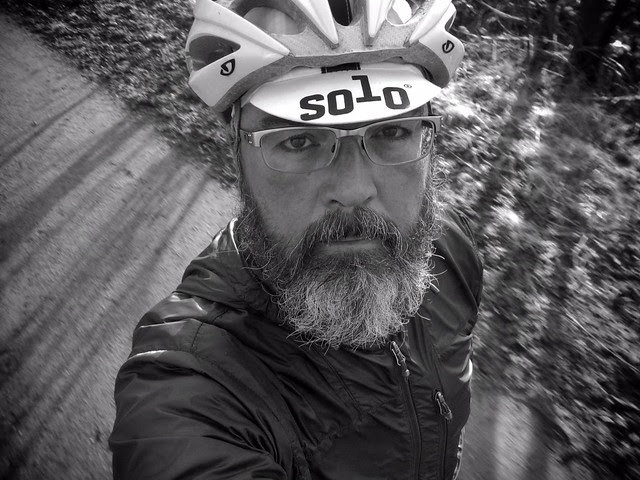 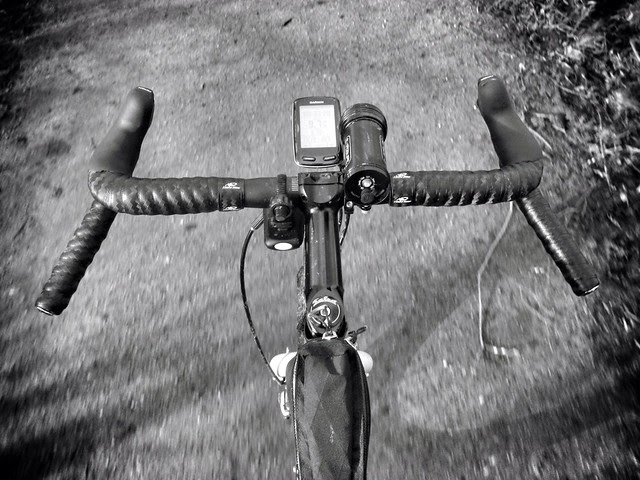 Legs were heavy after yesterday, I wasn't going to go out but the sun was shining, so I went out.

Almost the second I left it started raining so I headed back for a rain jacket, in fact it looked like light showers, perfect to test the Scott Divider jacket I'm reviewing for STW, light weight and allegedly totally waterproof.

So off I set, aiming to get to Jodrell Bank along a mix of on and off road, just short of 50 miles round trip, I've all day so will be pootling along at a sedate pace.

By the time I got to the river it was throwing it down, cold rain and hail, great.

By the time I got to the Lym end of the TPT I was cold, my legs and hands were soaked, my top half however was warm and dry, the rain just beading on the fabric of the jacket and rolling off, I was surprised at how effective it was.

By the time I got to Tatton Park I was wet, cold and bloody miserable so turned for home.

By the time I got home I was wet, cold, bloody miserable and hungry.... but not wet up top.

So, a soul and bike destroying ride, only positive was the jacket proved to be everything it claimed.
Posted by Steve J Makin at 16:41 No comments:

Met Greg at the wardens hut and off we set, no agenda other than to meet up with Nick and Rob at the Anderton Boat Lift, I hadn't factored in the headwind which meant we were running a little behind schedule but no problem, a quick call and the plan was readjusted, ended up at Delamere via the River Weaver path, and we'd managed to dodge the rain and hail that everyone else seemed to have suffered today.

By Delamere my legs were toast, cake, sausage butty (thanks Rob), two coffees, a cliff bar and a bottle of nuun restored enough strength to get me home, slowly....

68 miles in mud and against a headwind, pleased with that after just a week back on the bike, four rides in and already my legs are getting stronger, my waist lines is receeding and my alcohol intake was almost under control last week :-).

In other news the Brooks Cambium saddle I fitted to replace the Swift fitted like a dream, so much so I can see this being my saddle of choice for the Vaya and other long haul bikes. I'll be swapping out the Brooks bar tape this week, Lizard Skins 3.2 DSP tape is to replace it.

Its fair to say that I've given the Brooks saddles and bar tape a fair trial, probably 18 months use on the Fargo now, I love the look of it, and its reasonably comfortable but not enough to contemplate really long days in the saddle, I'm sad about that.

Riding chat was mostly about bike packing long routes, making plans, choosing kit, and of course bikes and new zealand, I can feel myself becoming something of a zealot in my espousing of this wonderful country, its fair to say that if Janet and I were younger we'd be seriously considering moving there.

For those who are interested this is what has piqued my interest. 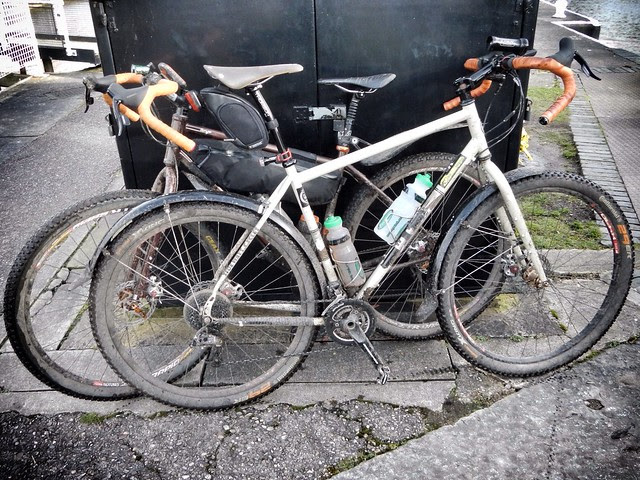 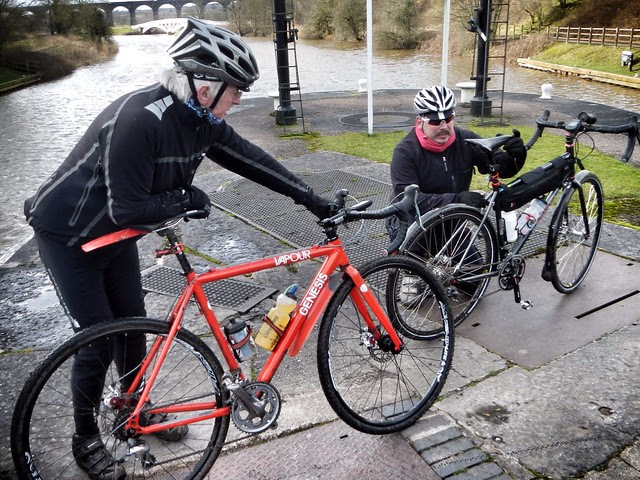 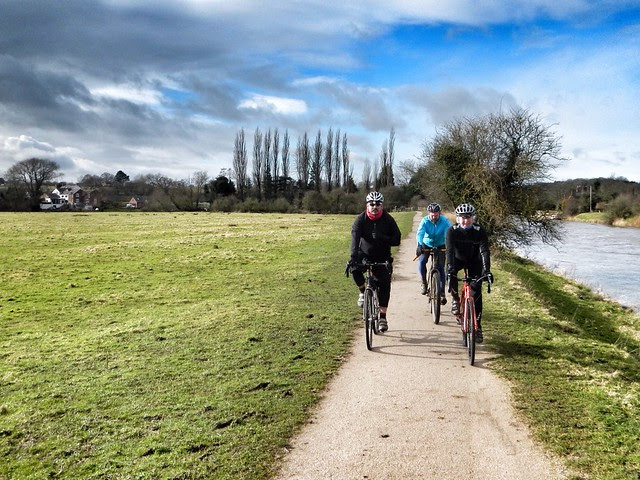 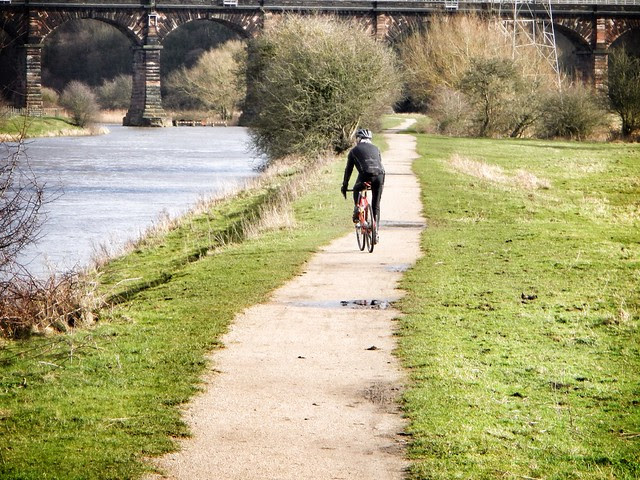 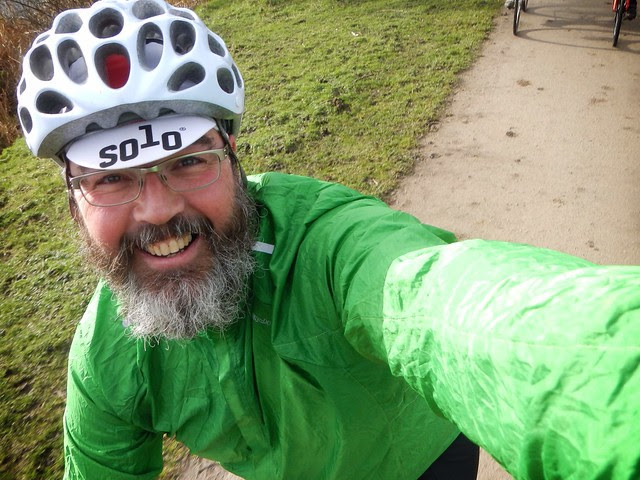 shops who sell nice stuff and make you feel welcome